Sometimes magic happens, even in times of tremendous loss and grief.

The changes can be so profound as to lift one’s life into a higher and better space — so much so, in fact, that great peace and healing can become the unexpected compensation of such tragedy.

Such a loss did occur with the suicide of a beloved yet troubled son. It’s how this family’s very real sadness and pain ultimately altered their lives that brings me to write this today.

I was privileged to be there and take part in a beautiful ritual that grew, took on a life of its own, and made way for these changes to happen. 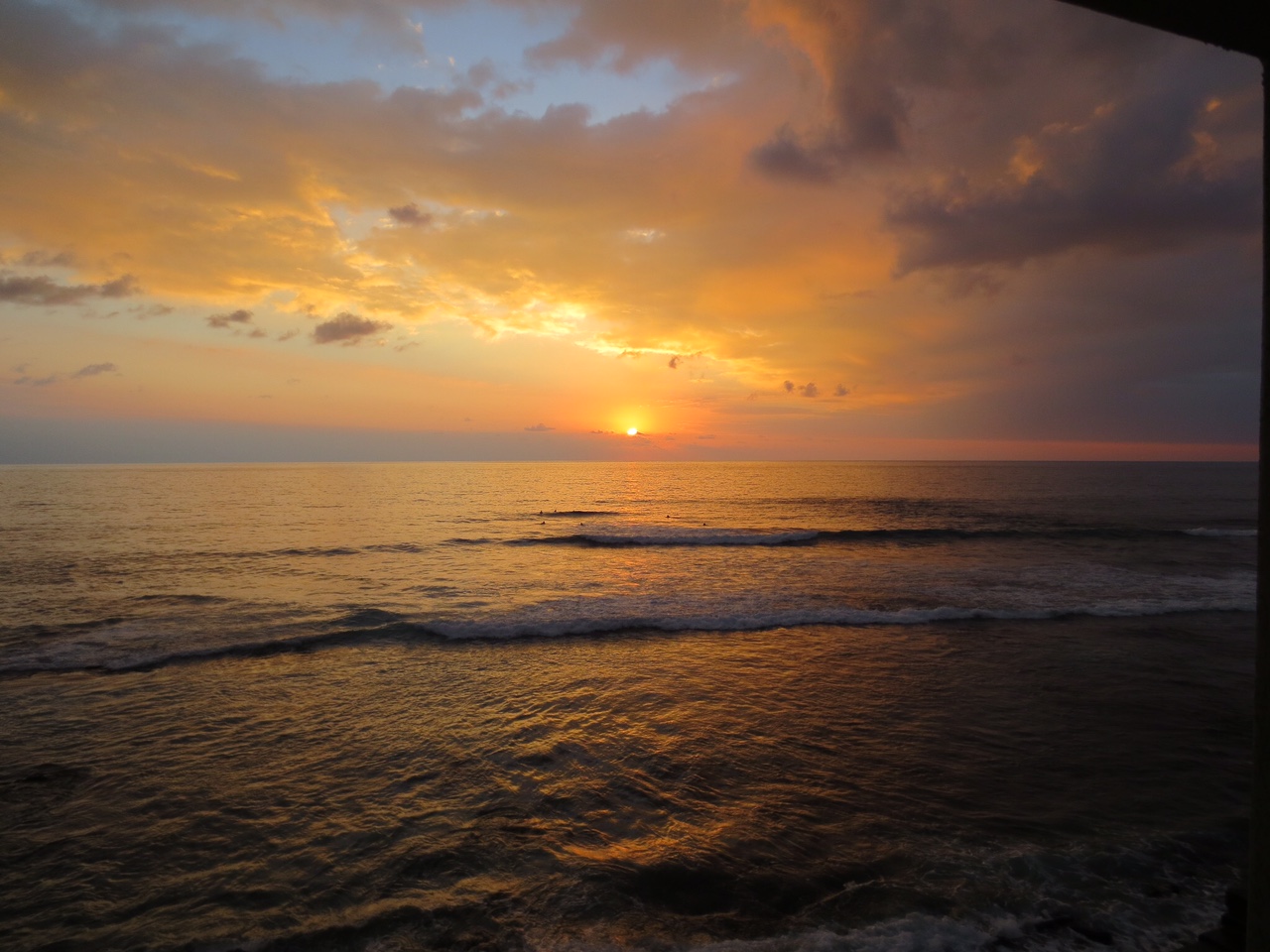 Stella and Tony’s son, 30, left this world over a year ago, in October 2011, by his own will and misguided choice, having fallen down a dark well of addiction and despair.

Eddie’s texts into his smartphone in the hours and minutes before the various drugs took effect — “this must be what it’s like to be drunk”, the non-drinker thus reported — suddenly ceased close to midnight.

Having cut his family out a few weeks previously, there was no immediate concern regarding his whereabouts.

The shock of a coroner’s note dropped on the doorstep three weeks later brought it all into a horrifyingly distorted reality.

Death by suicide is a cruel act that rips a family’s heart out.

How to bring peace to this family, I wondered, when his mother first phoned me? How does one get through the loss of a child?

A successful physician with a busy practice, Stella was sideswiped by the waves of sadness and tearfulness which would come upon her suddenly and often — as raw grief will do.

The call to me came the morning after she dreamed that Eddie, her deceased son, appeared by an escalator in their living room. He was standing erect, suitcase in each hand, “Ok, yep, I’m ready to go,” he said.

His mother continued, “I think I need to think about spreading his ashes now. Will you come and help us send him off?”

“Yes, of course,” I responded. I didn’t hesitate even though the Island of Kona was quite a distance from my home.

Several months earlier, the irresistible pull to move to Hawaii’s largest island for renewal and healing came together quite synchronistically as the condominium they had their eye on just appeared and became theirs at half the price previously quoted.

Having to leave her patients in Nevada would be hard and she planned to go back several times to gently wind down her large practice.

Coming from a non-observant Buddhist home, Stella had little experience with religion, with funeral services or for that matter, with prayer.

When her own adored mother died, she unceremoniously left the body to be buried, ignoring her last wishes about cremation.

It was just too hurtful to deal with at that time. As they say on the islands, we “talked story” about all of this.

A ritual, I thought, is such a sacred way to “fit the pieces together that are broken,” which is the true Indo European meaning of the word.

We agreed that it was important to make this an event beyond the ordinary, something with great heart and meaning.

We debated. Maybe we’ll go back to the beach? There are many sacred places along the Kona coast already so designated.

What about a ritual on the water? The idea took form and began to grow and, as if by some unseen force, a yacht was given gratis by a group of friends.

It was decided that the event would take place exactly a year to the day of Eddie’s passing.

The synergistic community of friends worked on their contributions. Platters of food were prepared, prayers and remembrances rehearsed, music considered. All of us together, “Ohana” or family, set the intention for this to be a sacred day for Eddie.

Twelve we were, and a mystical number at that. Up the ladder and over the stern we clambered, along with his mother, father, and older brother, Alex, who stoically clasped the leather box containing his brother’s ashes close to his chest.

MaryAnn, a woman of serene inner beauty, also a sculptress of the island’s fire goddess, Pele, collected rose petals as well as the fragrant Plumeria worn in leis. (The island’s luscious trees make these freely available).

An added gift of feathers, which at one time exclusively adorned Hawaiian Royalty, completed her gifts for the ritual, to the sea –- and to Eddie.

Keith, a former Navy seal and now a professional cameraman, came with Renee, editor of the island’s magazine.

Also on board and settling into the fishing armchairs were Swan, the documentarian from Canada, and Marie, Eddie’s dearest friend who arrived unwell from South Carolina, but needed to be there nevertheless.

Rema, a nutritional expert and her wise young daughter, Maria, climbed up and onto the deck with Greg, the chiropractor and healer who had offered to do the prayerful induction.

And so The Integrity sailed for Captain Cook’s Bay. Rounding out over the waves, a whale approached, dove under the boat, and waved its fluke upwards spraying our faces with sea water –- a good omen, I thought.

Gaining speed, we headed closer to the reef and ancient safe harbor of native miscreants, the so called “City of Refuge” while our wake hosted a pod of dolphins that swam vigorously behind us.

Mid-way, the boat‘s engine wound down to a slow rumble and we dropped anchor. The moment then came as Greg delivered a thoughtful invocation.

Tony, the dad, read a tribute to his boy as did a couple of others. We stood silently and held our breath as his mother, Stella, began to carefully spoon her son’s fine, sand-like remains from the leather box into the ocean.

Keith spontaneously broke into a throaty ceremonial Hawaiian chant, the majestic sound of which held us all in a tight circle.

Interrupted by joyful squeaking sounds just then, Swan and I turned in amazement from the opposite side of the boat, only to see several dolphins jumping right up and out of the water pirouetting like Cirque de Soleil performers.

They were obviously thrilled to celebrate this sacred moment with us. Prayers were read, and the shroud of flowers and feathers cast into the sea.

The family — mother, father, brother — all dove in after the plumeria, feathers and ashes swirling in the current. Keith chanted, Swan filmed, dolphins caroused, and the rest of us jumped in the water.

Suddenly it appeared as though the sky had become very bright. It was then, yes, I thought, that shadow turned into light and this family was finally able to begin the turning away from a year of sadness.

All of us wrote messages on baby blue balloons which lifted off in the exact direction of their home on the shore, carrying endearing words to a generous-hearted boy who craved love but couldn’t find it for himself.

Izzy Kamakawiwo’ole sang out Eddie’s favorite song, “Over the Rainbow” from little iPod speakers. And as we approached the boat’s mooring, another gift of the day, a large Ono, was reeled up by Alex and splashed onto the deck glistening in all its alabaster whiteness.

It was, as they say in the Hawaiian Huna tradition, a true Ho’oponopono” or “healing prayer before the sun goes down.”

Greg carved slices of the fish, like a sushi communion, which we shared with each other.

But it was later, the next morning, when Stella came into my room that I could begin see what had really taken place.

“I feel so light, so free, finally,” she said. “I felt so wonderful releasing him. I felt I held him back because I thought I would lose him forever. I didn’t realize the essence of him will remain with me forever. There is so much more than I could ever imagine, the energy of spirit, of love, we stay connected forever. I felt so much lighter as though the burden has been lifted off of me.”

Ah, but rituals hold power to transform, didn’t we always know this?

They provide us with a means, no matter how humble or grand, to mark momentous times in a life, to lift and change energies, to bring in what is needed or desired.

Way back into the Neolithic era, our ancestors’ depictions of funerary rites from cave painting have provided proof of Early Man’s first recognized forms of religious worship.

These were prompted by the greater mysteries of death which could not be understood or explained, and were therefore held in great reverence.

It’s clear that we are inherently sacred beings. We always have been.

For those seeking more information on rituals, I highly recommend the life work of Barbara Biziou, who has always inspired me. To check her out visit: barbarabiziou.com