How often do we hear “I’ll keep you in my prayers”? What does that really mean?

In asking a few people about their inner temple, what prayer meant to them, what they thought, did, or said, a wide umbrella opened up under which assorted prayer worlds were revealed. So many people have their own special and private ways of prayer and devotion but don’t talk about it, so I was privileged to hear things like:

”Prayer is about intention, not wish fulfillment,” said Brent L., a college professor and yoga teacher, “It’s a practice. Something you do over time.” 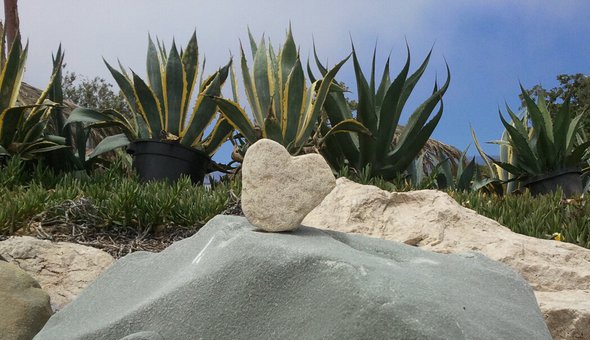 “I put post-its with prayer thoughts on them all around my office. I thought people would think I was crazy.” from Brenda T, a business woman and motivational speaker.

”I pray all the time every minute”, Barbara R., dentist assistant and yoga teacher.

“When I see an accident on the freeway, I say something like, “Please God, help those poor people. I hope they’re okay”, Natalie C, council facilitator in Los Angeles USD schools .

There are many times when we enter our own very private places in the heart, to make supplications and intentions. Whether it be words written on scraps of paper folded and tucked into stone crevices, or symbols painted on colorful flags that are roped together and strung across high mountain tops as in Tibet. Prayer has remained the universal and human way of reaching towards, “Something greater and more powerful, the eternal mystery.” – Joseph Campbell.

From a psychological perspective, as Dr. Eugene Taylor, a Jungian scholar, described it to me, the doorway from the unconscious to the conscious mind, opens through art, music, and nature, using external images that invite entrance into a prayerful state of mind .

Many things can inspire prayer — a painting, a song, a walk, a dance, something that is done or said with heart and feeling. Those sacred creative moments that are offered with heart and soul and body, and lift you up into that other, inner place to honor a divinity within or to a God up there — are all prayers.

When Gandhi was shot he repeated over and over “Rama, Rama, Rama”– the Hindu name for God. “It is better”, he had often said, “To pray with all feeling and no words, than all words and no feeling.”

Perhaps the most powerful instance of prayer was shown to me by my daughter when, after coming home from the hospital after a horrifying car accident at age 16, she began to paint her injured self on a large 3’ x 5’ canvas emblazoned with the head dress of a Celtic warrior priestess, holding a cross of victory. With Aretha Franklin, Queen of Soul, singing loudly in the background, it was clear she would not be defeated. What was she doing other than painting a prayer for herself?

Teenagers and car accidents don’t always turn out that well, and those heart stopping moments of following the firemen to the hospital will stay with me forever. Would her shining spirit live to paint and sing again? I was praying with all my heart, I’m sure of it.

Recently, emergency intestinal surgery landed me in the hospital and I was a little surprised to be the one who is prayed for. The experience of receiving healing prayers, good intentions, along with flowers and cards was a gift for which I am grateful.

The healing power of group and universal prayer has been tested many times and after the recent Japan earthquake and tsunami, prayer requests were sent around the world. Now the Norwegian tragedy calls us to unite again in a universal expression of this same loving kindness. Praying for someone is, I think, akin to sending them love.

“I pray without ceasing,” said Jane, a former nurse, “Prayer is an unspeakable mystery and activated love.”

I think the poet Mary Oliver says it best in her poem,“Praying”

It doesn’t have to be the blue Iris, it could be weeds in a vacant lot,
or a few small stones; just pay attention,
then patch a few words together and
don’t try to make them elaborate, this isn’t a contest, but a doorway
into thanks, and a silence in which another voice may speak.